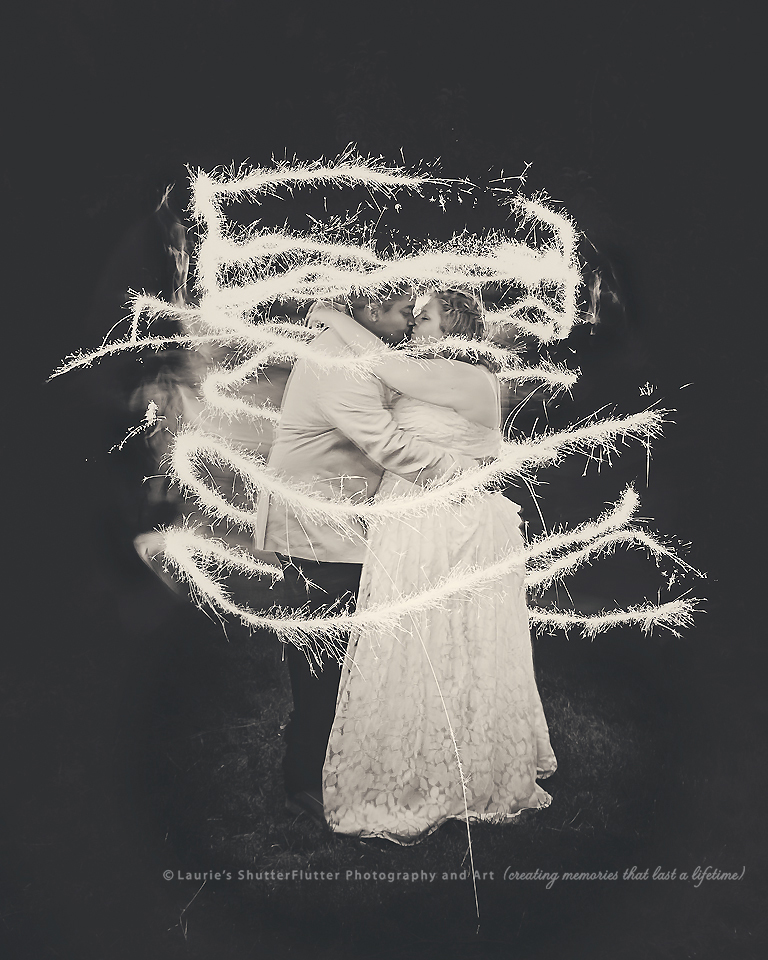 Let me start by saying, “I don’t shoot Weddings.” They just aren’t appealing to me. Too stressful, too many things to go wrong. I pref little people, That being said, my daughter asks if I could take this photo for her on her wedding night. So after the guests left, and before we called it a night, I dug out my camera, and we headed out to the darkest area we could find. After several tries of writing LOVE and drawing hearts, we tried some poses with less movement. Her sister and brother did the running, several times I may add, till we got one that they liked. This weeks theme at one of the sites I follow, Photographers Connection, was Painting with Light. I though it fit the theme. and I am excited to say that it made the top ten.

Here is the link: http://photographersconnection.com/top-10-fan-photos-of-the-week-week-33/